An EmWeA belt scale is usually mounted into an existing belt conveyor. Belt scales determine the momentary throughput rate continuously and with very high accuracy (e.g. in tph or kgph). The total amount of bulk material is added up in the internal totalizers of the belt scale.

We are offering the following belt scale models: 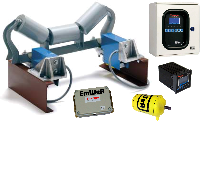 The IDEA belt scale is our low-priced, modular belt scale for in-company belt weighing. The belt scale has a robust, fully wear-free design and distinguishes itself in a dead easy installation.

Even this reasonable belt scale convinces of guaranteed accuracy and long lifetime in industries. The IDEA belt scale is available as a complete, ready-to-install system including speed sensor and integrator. 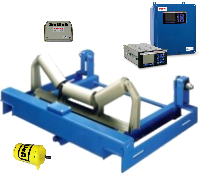 Our belt scale series 20 is known as the industrial standard for durable belt scales of high accuracy. The belt scale scores with its outstanding robust design which is individually adapted to your belt conveyor, as well as its outstanding accuracy. Very low throughput rates as found with tobacco or tea, or the highest rates of more than 50,000 tph as found in coal power plants or mines – this belt scale will not disappoint you during many years of use.

The belt scale series 20 does not contain any wearing or moving parts (like e.g. ball bearings), and therefore it is suitable for the worst environmental circumstances. Disturbing belt belt forces are without influence due to the special tension type load cells. 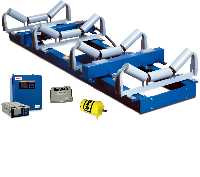